And Moses was eighty years old and Aaron eighty-three years old when they spoke to Pharaoh (Exodus 7:7, NKJV).


We live in a youth-oriented culture, where anyone over the age of 65 is supposed to hang up their work ethic and spend whatever years they have left chasing a little white ball around a golf course. Nothing wrong with playing golf, mind you, but when it becomes our sole purpose for getting out of bed in the morning, we’ve lost our direction.

God did not create us to serve ourselves. We are made in the image of the Creator, and God has called us to partner in that pursuit, to one degree or another; that partnership doesn’t end when our hair turns gray or our step slows a bit due to arthritis.

I love reading about Moses and Aaron, don’t you? They were in their eighties when God sent them to confront the most powerful man on earth. God didn’t send young men in their prime of life so they could flex their muscles and pound their chest and intimidate Pharaoh. He didn’t send rich rulers from other countries who could threaten him with their armies or bribe him with their riches. He sent two brothers who, between them, had lived more than 160 years on this earth. Neither had experienced an easy life, since Aaron was raised as a Hebrew slave, and Moses, after growing up in a palace, had to flee for his life into the desert. And though Moses initially resisted God’s call to go to Pharaoh, he finally accepted, with his older brother at his side.

We can learn a lot through the story of Moses and Aaron and their ultimate success in leading the Israelites out of the bondage of Egypt. First, as long as we live on this earth, we are never too old to be useful to God. Second, if we continue to partner with God in whatever He has purposed for us, we can experience tremendous victories at any stage of life. And finally, though we may consider ourselves inconsequential in the scheme of things, God can use us to effect powerful changes in the lives of others.

So wherever you are today and whatever is going on in your life, listen for God’s voice. He just may call out to you from the burning bush and send you forth on the greatest mission ever. 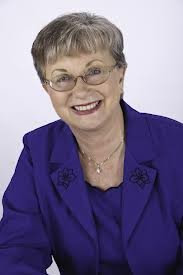 Kathi Macias is a multi-award winning writer who has authored nearly 40 books and ghostwritten several others. A former newspaper columnist and string reporter, Kathi has taught creative and business writing in various venues and has been a guest on many radio and television programs.

Kathi is a popular speaker at churches, women’s clubs and retreats, and writers’ conferences. She won the 2008 Member of the Year award from AWSA (Advanced Writers and Speakers Association) and was the 2011 Author of the Year from BooksandAuthors.net. Kathi “Easy Writer” Macias lives in Homeland, CA, with her husband.
Posted by Shirley Corder