Finding Purpose…Far Away from Home

I started my quest handing out ice tea in Dixie cups at Holy Apostles Soup Kitchen in Manhattan. My motivation was research. I would smile as I set a drink on the tray of each customer passing through the assembly line. Often a downcast face would brighten, cracking a mask of hard times and city grit, and a smile would emerged more beautiful and sincere than any smile I’d ever seen. 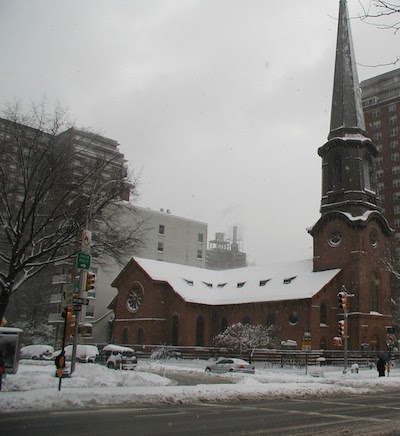 It just so happened that the Soup Kitchen held a Writers Workshop that met every Wednesday after lunch in the spring. Ian Frazier, writer for The New Yorker and author of Travels in Siberia, founded the Workshop in 1994. I approached him at the start of the season in 2006.

Ian, or Sandy, as he prefers to be called, explained in a very polite, almost shy, tone that I wasn’t right for the position. Ideally, they needed male leaders, just in case there was trouble. He was right; I was not going to be the one to break up a fight, but I felt sure that I could contribute something to the group. After all, I was passionate about writing.

So I showed up the first day as a trial, more or less inviting myself, and immediately felt a connection with the12 or so men and women from the Soup Kitchen. They came from all different backgrounds, none of which resembled my own, but we had one thing in common: the desire to write. After introducing ourselves, we sat quietly with our paper and pen and wrote about a random topic and how it applied to our lives. Then, after about forty-five minutes, we all shared what we wrote. I, being overly concerned with choosing the perfect words and crafting what I hoped were brilliant sentences, had very little written. The others, untethered by rules and expectations, free to expound the given topic with pure emotion and imagination, had amazing, memorable life-stories to share. I realized I had a lot to learn.

Around the same time, I applied to volunteer as a writing mentor for the Education Committee at The National Arts Club. I had managed to become a member of the Club by writing an article about the President for The SoHo Journal, a local Manhattan quarterly. Still, they ignored my application to volunteer. Perhaps my writing credentials weren’t prestigious enough. The following year, I applied again, and this time the President of the committee replied. I created a writing workshop curriculum and took it to a high school in the East Village. 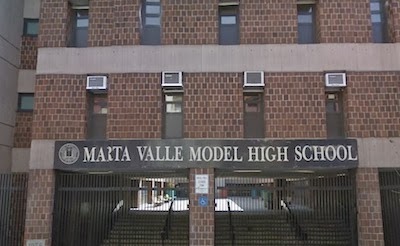 A police officer checked me in—not at all my experience growing up in small-town Binghamton, New York. I was likely the only white woman with long blond hair in the building, and I was nervous. My students were in the eleventh grade, Honors English. I was hoping they would be enthusiastic about writing and my workshop. Picture Hilary Swank in the 2007 movie Freedom Writers. We were going to explore pivotal experiences in our lives, write about one of them, and then edit and rewrite our work until it boldly shouted what we hoped to communicate to the world. Five students would get the opportunity to read their essays at The National Arts Club, a real honor in literary circles.

The entire class, or maybe that’s just how I remember it, greeted me with icy, half-closed eyes, sitting back in their seats, arms crossed tightly over their chests. They were not only uninterested in the writing advice I had to offer, they were physically guarded against it.

Five minutes into my introduction, telling them a bit about myself and why I was there, nothing had changed, other than I was sweating profusely. I whipped out a radical poem I had brought with me titled “Where I’m From” by Willie Perdomo and started reading it aloud. Nothing. I turned the spotlight on them and asked what they knew about writing. Apparently nothing. Did any of them want to become a writer? No comment. Had they ever written anything aside from book reviews in class? The silence hardened in the room until it pressed against my temples. It was as if they had taken an oath to violently ignore me.

I wanted to remove their folded arms, literally, peel them off their chests, break them over my knee, and pile the broken parts in the middle of the room for a bonfire. How else would I get the class to open their hearts and minds? And how would they write if they didn’t?

Fine. I told them to forget about writing. Instead I asked them, one at a time, to describe their home—in one word. Expressions changed. I imagined words bursting into their minds, clamoring to get out. Finally, someone spoke. “Rooftop.” Then, one by one, they shared a part of themselves, and sometimes the chosen word wasn’t nice, but it meant something to them, and that’s where we started, with one spoken word.

My search for purpose in my writing continued in Stockholm, Sweden when my husband’s work took us abroad. I lost my writing networks, had to say good-bye to The National Arts Club, the Soup Kitchen, and the schools I was visiting. Perhaps if Sweden didn’t have such an egalitarian society, I would have continued writing with and about the less fortunate in our society, but an utter lack of homelessness and underfunded schools left me out in the cold, and come winter, it was cold. And dark. So I decided to start my own charity, one that would give students a platform for self-expression. 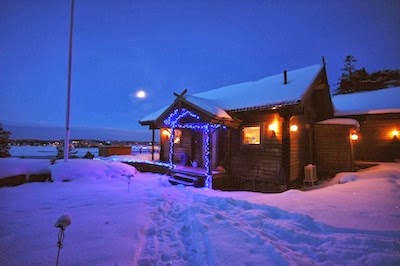 In 2010, Lift the Lid, Inc. was born. For every donation of $20 or more, a student from one of the schools we sponsor writes a poem or personal essay, which is scanned and published on our website at lift-the-lid.org. The students feel proud to see their work online, and when a donor leaves a positive comment, they feel even more connected to the world and motivated to work harder. Reading their essays, I feel the same way: proud, connected, and motivated to work harder. 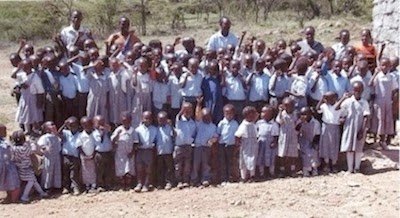 My husband and I now live in London, England with our five-year-old son and another on the way. Lift the Lid continues to grow, and I’ve done a year of training and volunteering to support victims of crime in my borough. Again, the motivation was research. I’m constantly stepping out of my comfort zone, but that is exactly where I find a sense of purpose, every time. 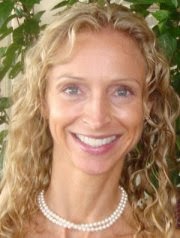 Sara Goff is the founder/director of Lift the Lid, Inc., a nonprofit that sponsors schools in the developing world and encourages creative writing. She has published nonfiction in Epiphany, a Literary Journal and in the SoHo Journal, and has contributed to Crosswalk.com. Her recent essay “The Gift” was published on the blog Busy Women~Big Dreams. She’s been accepted to Sewanee Writers’ Conference and has received fellowships to Summer Literary Seminars in Kenya and Russia. Sara hopes to publish her first book soon. It is about homelessness and unconditional love.