Some time ago a woman sent me this message - “Not very many people publish books in the area where I live. If they find out you have, they think you're bragging when you mention it. I've been brought up to be humble and it’s hard to break away from the traditions of family and culture.”
I think many artists within the church feel this way. Many of us have experienced those blank looks when we’ve tried to talk to people about our work, whether it be writing, painting, or some other artistic endeavour. Or worse, we’ve experienced the silent disapproval, even shunning. I have a friend who describes it as feeling like a peacock among penguins. So we stop talking about it. We don’t promote our books in our own churches. We feel that promoting our work is blowing our own horn and that seems to go against all we’ve been taught as Christians.
But, does it go against what a Christian is meant to do? Does God want us to remain silent about the work He has given us to do? I don’t think so. If you are an artist of any kind you might be saying, “But people don’t want to hear it.” Did they want to hear what Jesus had to say? The majority didn’t. “But they don’t understand.” Did they understand Him? The majority didn’t – not even His best friends really understood what He told them. Did He keep silent?
Well, at times He did. There were times when he healed and told the recipient not to tell anyone. He rebuked spirits and told them to be quiet when they tried to shout about who He was. The time was not right. But the time did come and when it did He preached and healed and let the people cry, “Hosanna to the King of Kings.”
Can we learn a lesson or two from Jesus here? Jesus is the supreme example of humility, of confidence properly placed, as Haddon Robinson defines it. He knew who He was, He knew where He was going, He was constantly listening for His father’s voice and when He heard it, He obeyed. That’s how He knew when it was time to be silent and when it was time to speak.
There will be many times in our journey as writers, as artists, when we will be reluctant to speak, to tell people – strangers, friends, church family – that God has given us a talent, given us a particular something to do and we have been working hard at it. They will reject us. They will not understand. We will want to keep silent.
Who can blame us, we say. Well, God can. Holding back from using what God has given us is something He’s not likely to reward us for. Read Matthew 25:14-30, the parable of the ten talents. What happened to the one servant who buried his talent is not a pretty picture.
So what are we to do? Deuteronomy 31:7-8 gives us the answer. “Be strong and courageous,” Moses told Joshua. Some translations say bold and courageous. Joshua knew a little about humility – confidence properly placed. He knew who he was, he knew where he was going, he constantly listened for God’s voice and when he heard he obeyed.
Nelson Mandela is quoted as saying, “Your playing small doesn’t serve the world. It doesn’t serve God either. Know who you are as a writer who is Christian, know where God wants you to go, constantly listen for His voice and when you hear it, obey.
Be bold. Be courageous. 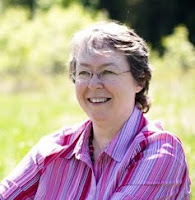