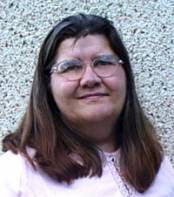 I'm thrilled to be here, today. However, when Narelle first invited me to write a post, I went from elation to anxiety within hours. That plummet can only be contributed to one thing... I’m a traitor.
You see, I’ve lived my whole life in Canada. Born and raised in Ontario and Manitoba, I joined the Canadian Armed Forces (CAF) when I was 17 and married another CAF member at age 19. Our career moves took us to Alberta and then Saskatchewan where we’ve settled down.
So, why am I a traitor? Because although I live on the Canadian prairies, I write inspirational romances about the American Old West set in Wyoming and Montana.
Remember all those old TV Westerns from the ‘60s and ‘70s? My favorites were Wagon Train, Bonanza (or Ponderosa in syndication), Gun Smoke, High Chapparral, and The Virginian. It might have been my parents’ choice to tune in to those shows, but you couldn’t have pulled me away from the TV set when they were on unless you bribed me with a ride on a real horse.
Once the shows were over, I’d scurry to my room, make sure I was sitting on my half of the bed I shared with my sister, and with my scribbler on a pillow across by knees, I’d write my own stories based on the settings I’d ogled from the TV shows. I lived in Northern Ontario at the time, amid rocks, lakes and trees. Lots of trees. Maybe the American West appealed to me because of the physical wonders my eyes had never seen. I was 11 yrs old when we moved to the province of Manitoba. I still remember looking out the car window and watching the trees fade away. The open prairie welcomed me.
Or maybe it was the thrill of the lawlessness which excited me. You know, good versus evil played out in the lives of ordinary people. Whatever the reasons, those shows sparked my imagination and spurred my writing.
As a child, one of the things I missed out on was going to the local movie house because it was considered a sin. Yet, there was one long summer when my brother and I were sent to live with my dad’s mother and brothers. You want to talk about rules? There were none. All we had to do was smile and they’d give us a quarter. A chorus of Jingle Bells was good for a dollar. For the first time in our lives, we had our own bikes—and the whole town to explore. Grandma fed us whenever we got home and washed our clothes when they were dirty. Our only curfew was the town siren which went off at 9 o’clock every evening. Anyone under the age of 18 caught outside after that siren went off was promptly escorted home. I think I only missed the curfew a few times and while running down back alleys and keeping to the shadows charged my adrenaline, the threat of capture kept me inside more times than not.
And do you know what was so special about that summer? Not the money. Not the freedom. And not the thrills… It was the Saturday matinee at the local movie theatre.
To a girl born in Logging Camp #5 and used to a small TV with rabbit ears, the theatre experience almost overwhelmed me. The larger than life characters. Noises so loud I felt like I was in a vacuum for hours afterward. Feeling the room shake from the reverberations of the on-screen trains or explosions. Everything about the theatre was big. Oh, how I struggled to capture those sounds on paper.
I was introduced to movies like The Good, The Bad and The Ugly and although I didn’t have a name for it at the time, I’d stumbled upon one facet missing in my writing…tension. No matter what anyone says about those old ‘spaghetti westerns’, the time spent building an atmosphere of anticipation is a worthwhile study for any fiction writer.
With those basics, I wrote my stories. Some were set on a wagon train and some were set on the open prairie or on the rocky hills nearby, but they were all Old West locations.
Yes, I read the antics of Anne Shirley in Lucy Maud Montgomery’s Anne of Green Gables series, but they didn’t inspire me to write books like the ones about young girls and the hardships they faced on their journeys to the American West. Always The West. 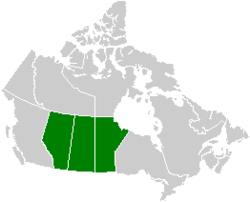 So, why do I write about the American prairies and not the Canadian ones? Probably because Canada seems to have skipped the whole ‘Old West’ phase. It’s like we went from the Hudson Bay Company’s fur trapping era right to the Northwest Mounted Police (NWMP) and their Mountie ‘always gets his man’. Precursors to today’s Royal Canadian Mounted Police (RCMP), the NWMP was established in 1873. Since the setting of my current book/work in progress is 1879, I’m writing in the same time frame. So why didn’t Canada have an Old West? I really don’t know. Maybe the Mounties spoiled all the fun.
But I do have some story ideas using the Canadian West in the late 19th century. Since I’ve lived in all 3 of the Prairie provinces, I can draw on my personal wealth of information. And there’s one thing which will speed my will to write them… the knowledge that readers want to read them.
What was your favourite movie genre when you were a youngster? Is it the same now that you’re all grown up?
~~~~~~~~~~~~~~~~~~~~~~~~~~~~~~~~
Anita Mae Draper lives with her husband of 33 yrs and their 2 youngest of 4 children on a farm outside Montmartre, Saskatchewan. After a 20 yr military career, Anita Mae delights in the solitude and openness of the Canadian prairie although she and the kids often work as extras on TV and Film sets in the city of Regina, an hour away. She attends a small country church 40 km away where her husband and children are on the worship team. Non-musical (although she tries), Anita Mae’s ministry is webmistress for the church at www.glenavonchurchonthehill.com. Anita Mae invites you to visit – and befriend her – at these web sites:
www.anitamaedraper.blogspot.com
www.inkwellinspirations.blogspot.com
www.twitter.com/anitamaedraper
www.facebook.com/home.php
www.prairiechickswriteromance.blogspot.com (caution: secular)
Posted by Narelle