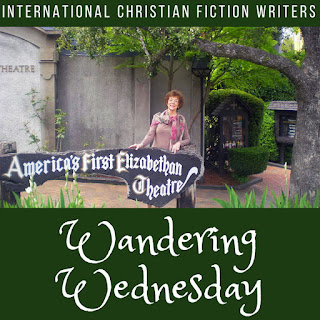 I first heard of the Ashland [Oregon] Shakespeare Festival in the mid-1960s when some of my fellow drama students at the college I was attending in Idaho spent the summer as interns at the festival. I recall that one budding actor spent his entire summer carrying a banner on and off stage in one of the historical plays. Even attending the festival seemed like an adventure beyond dreams.

We fulfilled that dream four or five years later, when my husband and I returned to the west after graduate school (for him) and teaching (for me) in New England. We managed time to make the pilgrimage to Ashland and were totally captivated by this small town nestled in the foothills of the Siskiyou Mountains that was completely given over to Shakespeare and all things Elizabethan. 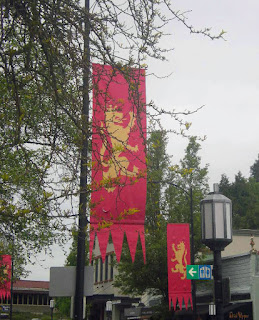 For many years thereafter a summer trek to the Shakespeare festival was a yearly event. For a few years we hired babysitters so we could take our growing family (eventually 4 children) with us and still attend all the plays on offer. When the children were old enough, we took them to the plays, too. Early education that has led to lifetime appreciation for all of them.

In those days it was “Stay 4 days, see 5 plays.” Even that left one’s head whirling. Today the schedule offers ten plays, with often 3 or more on the boards every day. 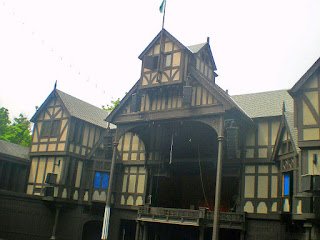 The classic outdoor Elizabethan stage began life in 1893 as a Chautauqua Arena and its ivy-covered walls still surround the theatre. 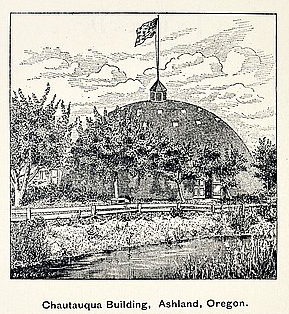 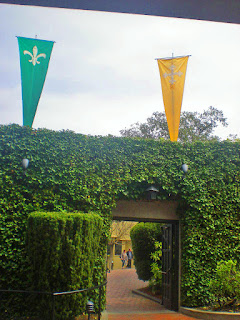 Beautiful Lithia Park is behind the theatre and spreads for miles along a babbling stream into the mountains. 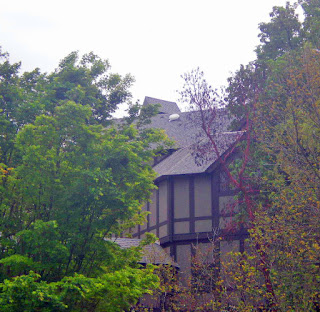 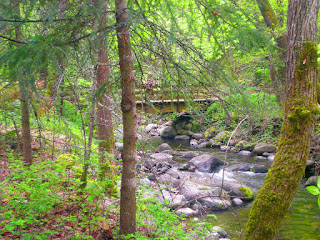 The festival also has the state-of-the-art Angus Bowmer Theatre, named for the energetic young drama teacher at Southern Oregon Normal School (now Southern Oregon University) who founded the festival in 1935. There is also a smaller, more flexible performing space in the Thomas Theatre. 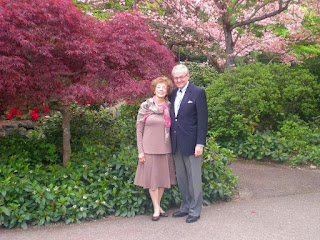 Through the years my husband and I have attended Shakespeare performances in England, Canada and many venues in the States, but we never tire of returning to Ashland where the dream is re-ignited every season by actors, directors, technicians and young interns who may spend the summer carrying banners. 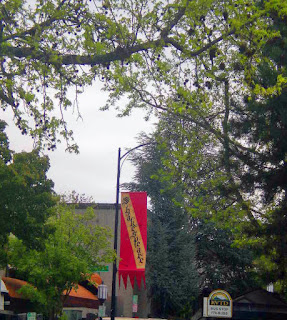 It was a natural, then, that when I came to write my Elizabeth and Richard literary suspense series based on my favorite authors that Shakespeare would be one of my first. AMidsummer Eve’s Nightmare was first published in in 2010 (although written in 1992—the history of many novels often wanders, too). It has just been re-released in an all-new edition. 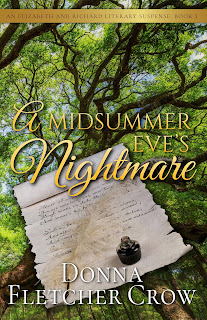 And so the story goes on. The love of literature and the dreams it creates never die; they are born anew in each generation and in each reader. 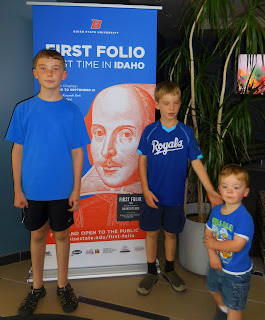 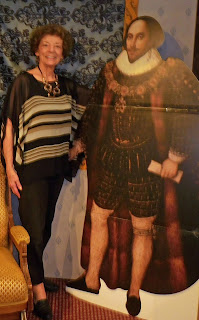