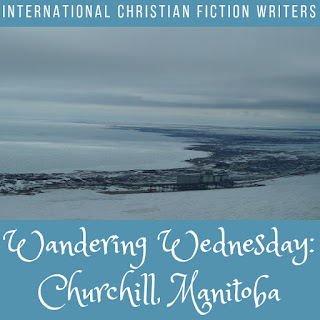 When I decided to write a romantic suspense novel set in Canada, I thought, “what’s more Canadian than polar bears?” Polar bears and igloos are some of our most iconic Canadian symbols. And because I live in Winnipeg which is Manitoba’s provincial capital and just 1,000 km (620 mi) south of Churchill, I researched this small town in northern Manitoba to see what mischief I could come up with for a story.

Churchill sits on the western shore of Hudson Bay 110 km (68 mi) from the Manitoba-Nunavut border. It’s northerly. It’s right on the 58th parallel north far above Canada’s most populated areas. To compare, Juneau, Alaska, and Inverness, Scotland, also sit on the 58th parallel north. And yet, Churchill is still 2807 km (1744 mi) south of Alert, Nunavut–or the North Pole–at the top of Canada, which gives you an idea of how vast Canada’s far north is in size. 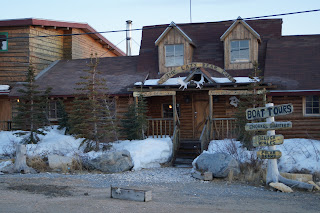 However, back to my love of polar bears! Churchill is called “The Polar Bear Capital of the World” because of their migration down through Churchill which takes place during October and November. An average of 300 bears come straight through the town and surrounding area, out to the frozen Hudson Bay onto sea ice where they spend the winter hunting ringed seals. 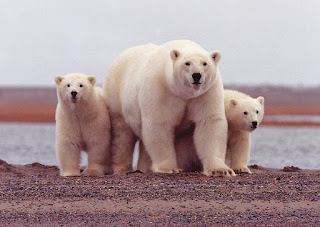 Tourism is brisk with various guiding companies taking clients out on the tundra in specialized “Tundra Buggies” built to navigate both the difficult terrain and protect people from the bears. There is even a “Polar Bear Jail” where nuisance bears who can’t stay away from town or people are tranquilized by natural resources officers and then taken by helicopter further north and released back in to the wild when the ice freezes over.

In my debut novel NORTHERN DECEPTION: Heroes of the Tundra, Book One, my heroine is a polar bear scientist doing research at the Arctic Science Research Centre in Churchill and my hero owns one of the Tour Guiding Companies. I’ve used all the proper sites in Churchill but changed the names of businesses because of trademarks. The Royal Canadian Mounted Police and the CEO of Frontiers North Company were generous with their time in answering my research questions.


Canada is much more than a “land of snow and ice”. Our country has Rocky Mountain ranges, vast prairie regions, the Great Lakes, and the beautiful Maritime provinces. But when I decided to set my reunion romance in a remote setting I chose Churchill, Manitoba because I wanted the unique cache of sled dogs, polar bears, and the small town camaraderie of the far north.

I hope when NORTHERN DECEPTION: Heroes of the Tundra, Book One releases December 4, 2018 from Anaiah Press you’ll enjoy this tale two people who find themselves back together in different circumstances and thrust into danger through no fault of their own.

I'm a military wife who's raised two wonderful special needs children to adulthood. We've lived all over Canada and are still on that journey. When I'm not writing, I can be found spinning, knitting, and hanging out with my dogs.

About Northern Deception: Heroes of the Tundra

After a savage attack in university, Kira Summers fled to the safety of northern Canada and her work as a polar bear scientist. But when her whistleblower brother dies in a mysterious car crash, she must return home to bury him and pack his belongings. Unaware she’s carrying explosive evidence someone’s willing to kill for, she has no choice but to rely on the one person she never thought she’d see again.

Lukas Tanner, a widowed single father of a special needs toddler, moved to Churchill five years ago. As the proud owner of Guiding Star Enterprises, a wilderness tour company, he and his daughter lead a simple life. But when Kira comes crashing back into his world, he realizes God has other plans. Now, Lukas and Kira must confront a merciless killer as their past and present collide in a deadly race – a race they must win if they have any hope of a future together.