Devotion: WHEN THE STORM HITS 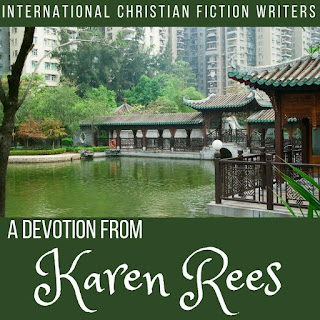 “I will take refuge in the shadow of your wings until the disaster has passed.” Ps 57:1b

As both an author and a reader I know that the best stories are ones filled with conflict, suspense, danger and challenges to overcome. While we like this in fiction, none of us want our lives disrupted by the real thing. But it's going to happen.

Last September's weather events are an example. Thanks to Hurricane Florence, the states of North and South Carolina in the US saw historic flooding that destroyed so much and took a number of lives. Around the same time the northern Philippines and then Hong Kong and southern China were hit by super Typhoon Mangkhut leaving unprecedented death and destruction behind.

Although Hong Kong saw no deaths from Mangkhut, it was the most damaging typhoon on record here.

In the park bordering our housing complex, a great many trees - both large and small – were damaged or destroyed. Normally after a typhoon the park workers have all the downed trees cleared in a day. This time, four days after the typhoon, they were just starting to make progress with the cleanup. 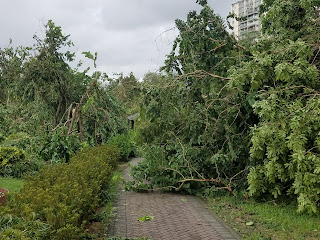 Our park wasn't the only place that was devastated. It was the same all over Hong Kong. Besides the devastation in other parks, a number of buildings had windows blown out and received other damage. Downed trees all over the territory blocked roads and sidewalks. Low lying areas and lower floors of apartment blocks near the ocean were flooded. Beaches were covered in rubbish.

It's going to take time to recover from this super typhoon. While the recovery continues, government officials are acknowledging that we must to be better prepared when the next one hits ... because it will.

Where we shelter from a storm makes a big difference as to the damage we suffer. Thanks to being surrounded by apartment blocks and sitting under a flyover (overhead highway) running through the middle of our housing complex, the Book Tree, an on-loan community book-sharing structure, survived intact. Again, because of our apartment's location, we suffered no real damage. 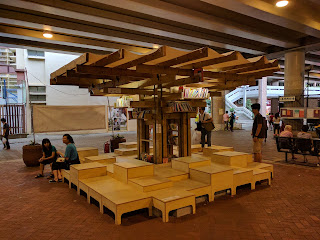 We can't avoid the storms of life, either the literal or the figurative ones. We need to prepare both on a practical level and on a spiritual one.
Our best spiritual preparation is building our lives on the solid foundation of Christ by listening to and obeying Him. (Matt 7:24-27) Every small act of obedience, every little word spoken that honors Him is one more brick added to our spiritual house.

Adding these bricks must be done daily because we have no way of knowing when the next storm will hit. But, like the wise man in Jesus' parable, when we're built on that foundation, we'll face the storms of life from a place of refuge. 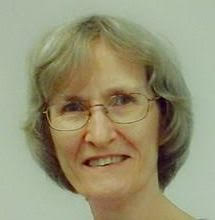 Bio: Karen Rees exchanged life as a farmer's daughter for SE Asian “big city” life when she and her husband began mission work in Hong Kong. They've worked with local Chinese, household servants imported from the Philippines and Tamil asylum seekers from Sri Lanka.
As a result she's eaten chicken's feet, baby octopus cooked in its own ink, barbecued pig's ear and several other delicacies that she didn't ask about.
Karen is the mother of two and grandmother of three, an avid reader, quilter, lover of history and an author of historical fiction set during the English Reformation.
Facebook Author Page: https://www/facebook.com/Author.KarenRees
Posted by Ausjenny