Is Swallows and Amazons an Allegory for Missions?

by Sophie Neville, President of The Arthur Ransome Society 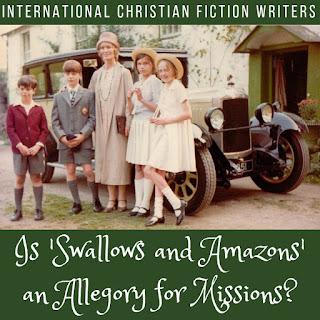 ‘I can’t see it,’ the man was standing in the rain outside the cinema. ‘You said Swallows and Amazons was an allegory to missionary life but I don’t get it.’ He was a vicar, camping with his family in the Lake District. After spending a week at the Keswick Convention he brought his children to see the original film Swallows and Amazons (1974), a faithful adaptation of Arthur Ransome’s classic children’s book written in 1929.

‘I once went on a short-term mission to Australia,’ I told him. ‘People would ask me if I was going to convert the natives.’ This reminded me of Swallows and Amazons, as the characters refer to adults as natives, but the idea of berating aboriginal people filled me with horror.

Of course, being a real missionary isn’t like that but you do tend to go set off as a family or group of like-minded people, much like the four Walker children - John, Susan, Titty and Roger, known as ‘the Swallows’ after their sailing dinghy. Although unsure of what to expect, you often end up helping people of God who need a bit of support.

Swallows and Amazons is about fatherlessness.


It was written by Arthur Ransome who lost his own father when he was a boy. The Swallows have to plan an expedition without their father as he is in Malta with the Navy. They gain his permission and remain under the umbrella of their mother’s love and approval, making sensible preparations before sailing across a lake to camp by themselves on an island. 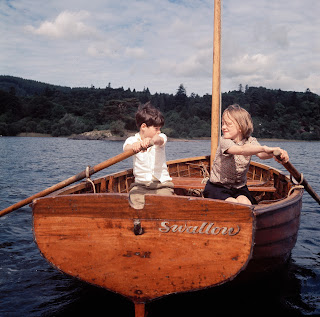 They soon encounter Amazon pirates, two girls of their age with a similar outlook on life. Nancy and Peggy have no father around and explain that they have been rejected by their Uncle Jim as he is busy writing a book. They are hurting and being naughty as a result, letting off a firework on the roof of his houseboat. Although it is not easy, the Swallows track them down, make friends and end up enabling the girls to find resolution by helping their Uncle Jim to see sense. Through their own endeavour, and being in the right place at the right time, they bring restitution, even finding the stolen book.


Uncle Jim, or Captain Flint as Titty calls him, realises he has been neglecting his relationship with his nieces and what ‘a cross-grained curmudgeonly idiot’ he’d been to doubt John Walker’s integrity. This had cast a shadow on the idyllic island days but almost visibly builds John’s character before his leadership skills are stretched by challenges set by Nancy. The other characters use their giftings to the full, Susan becoming the practical facilitator, Roger learning to be helpful. Titty’s active imagination seems to be undervalued at first, but her ideas prove vital. She keeps a journal or ‘ship’s log’ and takes guidance from a Christian novel in the form of Robinson Crusoe that, ‘tells you what to do on an island.’

The Swallow’s mother looks out for them constantly. 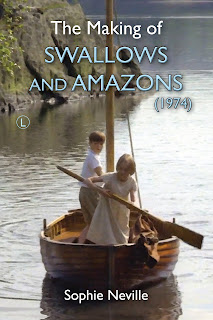 She reprimands John and sets rules when he goes too far, ‘No more sailing at night’, but continually ensures they are provisioned and their needs met.

The children’s war and subsequent capture of the houseboat seem a distraction from the allegory but there are battles to be won on the mission field. They are usually tricky, demanding courage, timely action and often involving discomfort akin to sleeping in a dinghy moored by Cormorant Island. Interestingly, it is Titty, the littlest girl, who draws on her spirit of adventure, determination and tenacity to find the buried treasure.

‘What did the burglars do when they found the treasure had gone?’ one little girl in the cinema asked.

Someone else in the audience, who works as a missionary for Operation Mobilization, said, ‘Captain Flint carves a fish for them to find instead of the trunk.’

The great thing is, that whilst leading a Galilean lifestyle, fishing from boats and weathering the storm, firm friendships are forged that take the Swallows and the Amazons on further adventures, even to the ends of the Earth.

There is something inspirational about these that stories lead others to extend themselves, hoist their sails and harness the power of the Holy Spirit.


You can’t go out as a missionary expecting to convert the natives.


Speaking Christianese doesn’t work. You need to come alongside people the Lord leads you to, find the key to their needs and help them use their giftings to fulfil their dreams. Things won’t always go smoothly but you are usually warned of danger. There will be a need for strong leadership when times become testing but it should be fun. If you can hold on to the unity there will be celebration and feasting in the end. 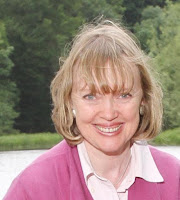 My vicar, standing in the rain beside his bicycle began to appreciate the depth of the allegory. Did Ransome ever intend to write one? He did not confess to be a Christian at the time of writing. Did it well up from his subconscious, stemming from his Biblical education at Windermere school for boys or the prayers of his devout aunts? Two of his great aunts were missionaries to China, no doubt diving for fish like cormorants.

One thing is certain: there is something about Ransome’s books that enable adults to enjoy them as much as children. They offer solace, take us back to an Eden where we can relax and escape pressures of contemporary life.

Perhaps they even inspire us to fulfill our dreams, becoming all the Lord wants us to be, doing all the things He has prepared us to do.

You can find out more about Sophie Neville, Swallows and Amazons, and her book at her website, and you can read the introduction to her book below (or click through to find it on Amazon).