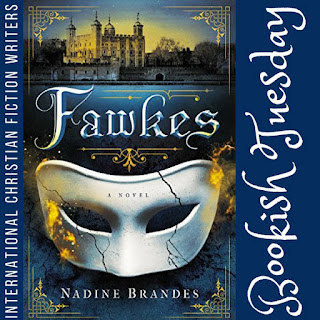 Remember, remember, the fifth of November ...

The history books has this fight as being Roman Catholic vs. Protestant, with King James (and Queen Elizabeth before him) being firmly of the reformed Protestant faith. But Fawkes twists this into a fight between Keepers and Igniters, both blaming the other for the plague of stone that is at risk of taking over the land.

Fawkes begins with Thomas Fawkes, the narrator, at boarding school on the eve of his Color Test.


Yes, there are echoes of Harry Potter and Divergent here, in that every adult has a Color which they can control to a greater or lesser extent. Keepers believe each person can and should only control one Color. Igniters believe the Keepers have been hiding the White Light from the public for centuries. Both sides believe the other caused the plague which kills by turning its victims to stone.

Thomas Fawkes is the son of Guy Fawkes, the most famous of the thirteen men who plotted to blow up the Houses of Parliament to kill King James I and restore a Catholic king to the throne (I live in New Zealand. We still "celebrate" Guy Fawkes with fireworks on 5 November every year). Those who know history (and know history is written by the victors) know the plot was foiled and Guy Fawkes has gone down in history as the bad guy.

Fawkes places us in the mind of Thomas.


While he and his father have been estranged for years, both are Keepers. At least, Thomas thinks he's a Keeper ... except he keeps hearing the voice of the White Light. He has been raised to believe Keepers are right, and he has no reason to doubt that.

But he's never actually stopped to consider what is true.


And that's an unexpectedly modern theme—that what we believe to be right and true isn't necessarily so. Instead, we need to search for truth. Find truth. And fight for truth. 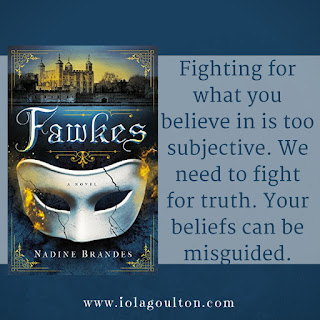 All of which are difficult in this modern era of #FakeNews.


Anyway, students of history will understand that while Fawkes is trying to persuade us that Thomas Fawkes (and the thirteen conspirators) are the "good guys", history tells us they are not. That makes the early chapters an uncomfortable read. But students of history will be pleased to know the story does run true to history. Well. Kind of. History doesn't have Keepers and Igniters and the Stone Plague. Fawkes does not have Roman Catholics and Protestants at loggerheads. But the parallels are there for those who know or care to look.

I'm not a big fantasy reader. But Fawkes worked for me, perhaps because it was a Harry Potter-esque twist on truth that allowed the reader to consider Truth. It got me thinking without taking me out of the story, and that's high praise.

Thanks to Thomas Nelson and NetGalley for providing a free ebook for review.