Adventures of the Holy Isle of Lindisfarne 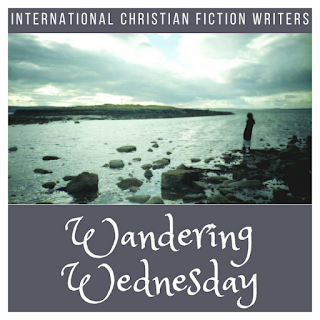 I am delighted to have as my guest today the award-winning English children's author Anne Booth to tell us about her new book. I was immediately attracted to this book because of it's wonderful setting. Lindisfarne is one of my favorite places in the world, one I have enjoyed visiting as a pilgrim and as research for A Very Private Grave, the first of my Monastery Murders. 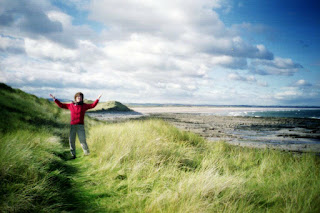 Now, here's Anne to tell us about herself, her new book and her time on Lindisfarne: 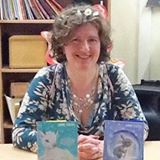 My name is Anne Booth and I am a Christian wife and mother of four.  My first published children’s book came out in 2014, a book for 9-12 year olds called Girl with a White Dog, which went on to be shortlisted for The Waterstones Children’s Book Prize, The Little Rebels Award and nominated for The Carnegie. 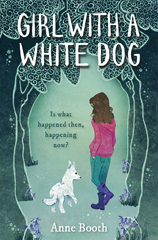 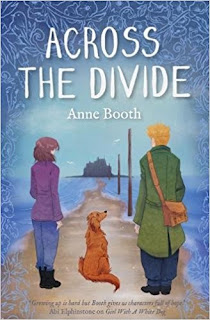 Across the Divide, which has just been published, is my first book for 9-12 year olds which specifically has praying Christian characters in it and so it is appropriate it is mostly set on Lindisfarne or Holy Island, off the coast of North East England, which is so important for the history of Christianity.

I wanted to write a mainstream children’s book where modern children who pray could find themselves, but also where modern children who know little or nothing about religion, and maybe fear it, could learn to understand a little more about Christian spirituality and how it has motivated people in the past and still does in the present. This book is about respecting other’s opinions and decisions, and in particular those who choose Pacifism and those who choose to join the army.

The cover of my book references the fact that Lindisfarne is an island, cut off from the mainland by the tides. 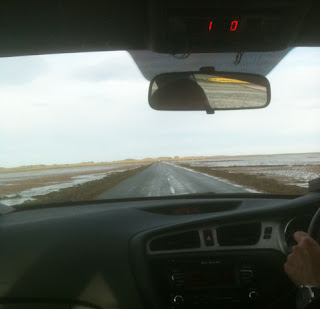 I visited on my own as part of a research trip for the book last year, and took this photo in the taxi as we started across the causeway. In my book I have Olivia, the narrator, driving along the causeway with her dad, and remembering Moses parting the Red Sea.

If you are lucky enough to be staying on the island, there is a particular enchantment to being there when the last visitors have gone and the tide has come in and you can no longer drive along the road. It is so easy to imagine Lindisfarne in the past, and that you are watching and hearing the same sea birds hovering over the same sea that the first monks and later the Vikings knew. There is a timeless quality to the island, and it has been described as a ‘thin’ place, a place where heaven and earth are close.

I first visited Lindisfarne on a day trip with friends about thirty years ago, but since then have spent many holidays staying with my husband and four children and two dogs, for a week at a time,  in a house there, and have made more day trips there whenever we are in the area. I can’t be near Lindisfarne and not visit it! You can’t see the ruins of the Abbey, now maintained by English Heritage, and not marvel at how ancient it is and how it was so important to the spread of Christianity in our islands. It was a centre of learning for Christian medieval Europe, the Celtic monks creating The Lindisfarne Gospels and making Lindisfarne a centre of learning and pilgrimage.  People still go on pilgrimage to Lindisfarne, or Holy Island, now. 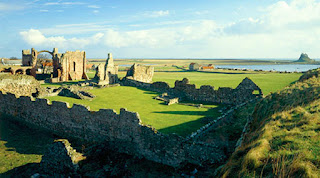 It is a place of saints, amongst them the Irish Saint Aidan, known as ‘the apostle of England’. 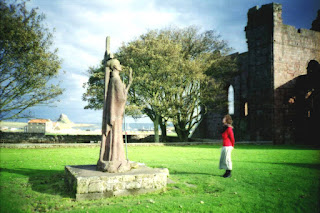 I love the bird life and nature, and there are legends in particular about St. Cuthbert and the otters and the eider duck. 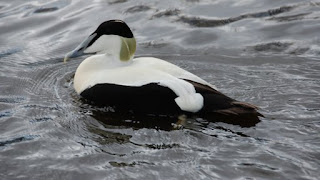 When I was there researching my book I went on a wonderful walk around the island organised by Natural England, and in Across The Divide’ I mention some of  the many birds that were pointed out to me pointed that day, which you can read about here.

Central to the book is Lindisfarne Castle, originally built in Tudor times as a garrison. It fell into disrepair, and was bought by the American editor of ‘Country Life’ Edward Hudson at the beginning of the twentieth century. He employed the famous Edwardian architect Edwin Lutyens and the garden designer Gertrude Jekyll. The sheltered, walled garden is separate from the castle but the castle can be seen from it, and it from the castle, and Olivia my heroine visits it in the book.

The castle was made it into a wonderful place for many famous Edwardian friends to come and visit, including the cellist Madame Suggia and a Royal visit. The son of Hudson’s friends, a boy called Billy Congreve,  came to recover from diphtheria,  and loved the island so much Edward Hudson decide to leave the castle to him. Billy later grew up and fought and sadly died, in the First World War. The castle is now owned by the National Trust, and when I visited it I saw how they had laid out the rooms the way they looked at the time of Edward Hudson. It is now closed for restoration, but there are plans it will re-open this summer. I can’t wait to visit again! 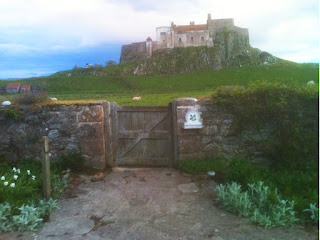 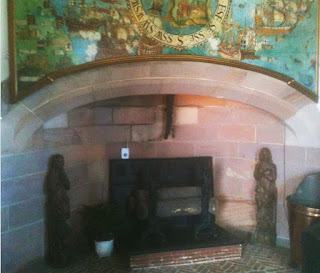 
You can see more of Anne's books here.

Posted by Donna Fletcher Crow. You can see more about her books and pictures from her research trips here. 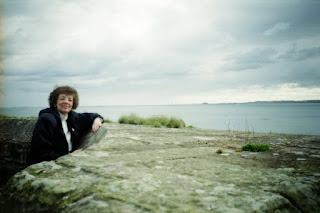