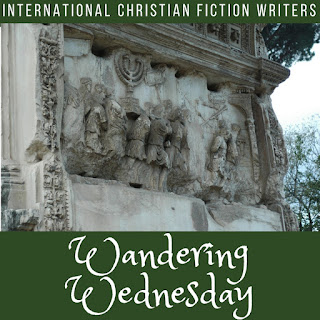 Walk with me if you will into the Great Forum of Ancient Rome. My wife and I had that opportunity for our tenth wedding anniversary a couple years ago. Look up as you pass beneath the Arch of Titus and note the golden candlestick his troops carried away from the Temple after the sack of Jerusalem. 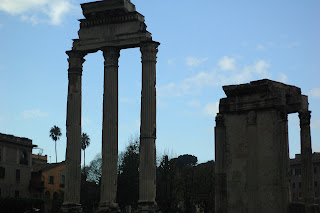 Turn around for a moment to view the looming Coliseum, that wonder of ancient architecture, splendid but deadly, built with the proceeds and by the slaves from Titus’s conquest. 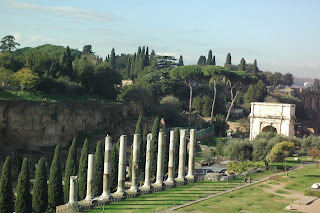 Watch your step! The broad paving stones of the ancient Via Sacra are anything but smooth and regular. Let’s continue on, past the tumbled temple of the Vestal Virgins, the broken pillars of Rome’s sacred hearth, and the tomb of Julius Caesar, and you will find yourself before what is now known as Mamertine Prison. 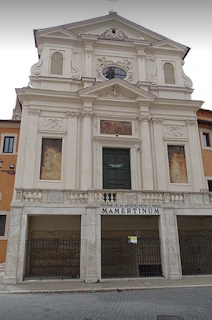 It now has a gaudy façade added later, but beneath that façade lies a stark reality. Ancient Rome had only one prison. Then known as simply The Carcer, this irregularly shaped stone chamber was sandwiched in among the buildings and hills ringing the Forum of Rome. Just a few paces across, it was tiny compared with Rome’s population or our sprawling modern-day supermaxes. Justice, or what passed for it in the Roman Empire, leaned more toward scourging, branding, enslavement, exile, or execution than long-term incarceration. 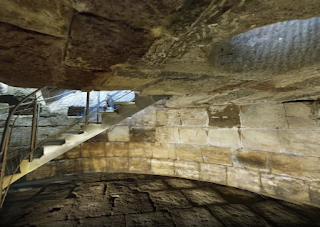 Beneath that bare stone room lay the Tullianum. Once a cistern, it was now utilized as a dungeon for the most infamous prisoners awaiting execution. Nowdays visitors to Rome can make their way down via a staircase. In Paul’s day, those condemned to this dungeon were literally cast into prison, dropped through a round hole in the floor to plummet six or seven feet onto the cold stone floor below. A sewer ran beneath the dungeon for easy disposal of bodies. One can only imagine the musty stench, the bone-aching damp. There, in the endless darkness, most would come to long for the day of their execution.

Artistic renderings and movies portray this dungeon as relatively well-lit, Paul sitting and writing in a beam of sunlight coming through one or more barred windows or overhead grates. In reality, he and his faithful friend and physician Luke must have hunched over a candle, oil lamp, or guttering torch, a small mercy perhaps from a sympathetic guard. There Paul wrote his final letter to Timothy.

“I have fought a good fight, I have finished my course, I have kept the faith. Henceforth there is laid up for me a crown of righteousness, which the Lord, the righteous judge, shall give me at that day: and not to me only, but unto all them also that love his appearing.”


In Paul’s words from that dungeon we hear not the resigned sigh of a condemned man, but the triumphant proclamation of a marathon runner who has followed the path laid out for him.

Not the easiest way. Not the path of least resistance. But the course Jesus marked for him. 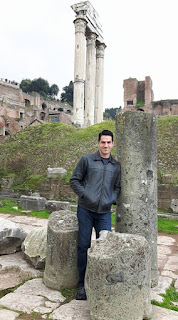 Now Paul was ready to break through the finish line with arms raised, ascend the podium, and accept the victor’s crown.

Is that a path you would be willing to tread? Would you be willing to forgo comfort for a dungeon? To give up everything, even your life, for the cause of Christ?

In The Keeper’s Crown, I have sought to bring Paul to life through the eyes of the soldier chained to him for the last years of his life. I did so because I believe Paul the Apostle has much to say to us today. We who wear no chains but those of our own making, who dwell in no dungeon but our own fears. My hope and prayer is that through the life of Paul we will be challenged to rise up, a Church of spiritual warriors to fight the good fight of faith in a world every bit as depraved and desperate for the Gospel as the Roman Empire under Nero.

Preach the word; be instant in season, out of season; reprove, rebuke, exhort with all long suffering and doctrine. For the time will come when they will not endure sound doctrine; but after their own lusts shall they heap to themselves teachers, having itching ears; And they shall turn away their ears from the truth, and shall be turned unto fables. But watch thou in all things, endure afflictions, do the work of an evangelist, make full proof of thy ministry.

What do you think Paul would say if he walked into your church this Sunday and was invited to speak?


About The Keeper’s Crown

Paul turned the world upside down. Nero set it on fire.
Caught between them, can Quintus and Jael survive long enough to find the Truth?

In The Keeper’s Crown, readers will see Paul’s life and ministry in an immediate and accessible way, through the eyes of the young soldier who kept him under guard in Rome. The book follows Paul from his arrest in the Temple in Jerusalem, through his trials, transportation to Rome, shipwreck on Malta, imprisonment, appearance before Nero, and his eventual martyrdom. Along the way we meet such familiar figures as the governors Felix and Festus, King Agrippa, Timothy, Onesimus, Epaphroditus, Demas, and Emperor Nero. Paul’s courage and determination and the overarching theme of “What is Godly Success?” will challenge believers to dare greatly and obey God’s will no matter the cost. All of this presented in an engaging, action-packed book that gets the message across without being “preachy.”

Reviewers had this to say…

"Those who are fans of Francine Rivers “Mark of the Lion” trilogy will enjoy Nate Maki’s immersive “The Keeper’s Crown.”

"I was not only unable to put it down, I just HAD to see where the story as well as characters were going."

"Impeccably researched, this tale is difficult to put down."

"Well-polished, The Keeper’s Crown will leave you with highs and lows of emotion, and an inner seeking of what the story means to you, and to your family."

"If you have ever wondered what kind of person the apostle Paul was, this novel will satisfy that curiosity: his thorn in the flesh, how God ordained his lengthy imprisonment, being chained to a Roman soldier throughout, standing against the unbelieving Sanhedrin, and touching lives all the way to Nero's palace."

“A monumental work of much power.” 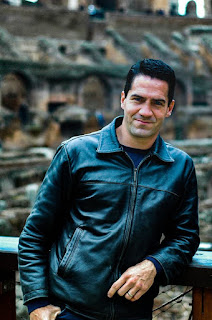 A life-long love for historical fiction and a passion to create high-intensity, realistic novels from a Christian world view has propelled Nathan into his writing career. He is the author of the War Within series of novels set in Ancient Rome and most recently The Keeper's Crown, a novel of the Apostle Paul.

A recent trip to Rome to walk the ancient streets, explore the Catacombs, and stand in the Coliseum plunged Nathan even deeper into the ancient world he brings to life for his readers.
Nathan's novels combine the faith and romance of Francine Rivers's Mark of the Lion trilogy with the action and adventure of Bernard Cornwell or Conn Iggulden.

Nathan lives in Ontario, Canada, with his wife, son, and three very spoiled dogs. He pastors a church and manages his own business in addition to his writing. Sometimes he even sleeps.