Midnight in Paris. What's Your Trip? – by Patricia Beal

I love Woody Allen's Midnight in Paris. It's by far my favorite movie about writing and about trying to get published. Did you watch it?

Could you imagine wandering the streets of Paris at night like Gil, Owen Wilson's character, and getting picked up by the Fitzgeralds, Hemingway, or T.S. Eliot? 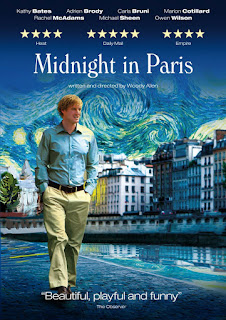 This exchange makes me laugh every time:

Gil: Would you read it?
Ernest Hemingway: Your novel?
Gil: Yeah, it's about 400 pages long, and I'm just looking for an opinion.
Ernest Hemingway: My opinion is I hate it.
Gil: Well you haven't even read it yet.
Ernest Hemingway: If it's bad, I'll hate it because I hate bad writing, and if it's good, I'll be envious and hate all the more. You don't want the opinion of another writer.

Hemingway then offers to take him to Gertrude Stein's house to have her critique Gil's novel. Wow! 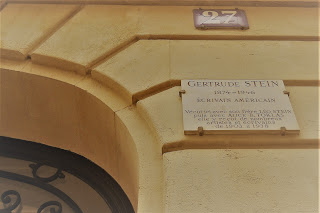 I could go on and on about all the lines and twists that I love, but I don't want to spoil the movie for you, in case you haven't seen it. But let me tell you, I went to Paris four times the year I watched Midnight in Paris for the first time—easy to do when you live in Germany.

That was our last year in Europe. I was in the thick of trying to get published and after a day trip there with my husband, a weekend there with him and the kids, and a day trip with a friend, it was time to take a literary trip. Just me. 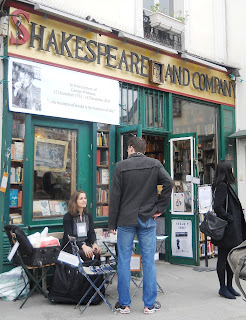 And yes, I did sit on the steps of Saint Etienne du Mont, where Gil sits waiting for the vintage Peugeot. Did I expect it to show up with one of my literary heroes in it? Of course not ... But for a brief moment, I looked at the road from where the Peugeot would have emerged, felt the rush of butterflies in my stomach, and wondered, what if? 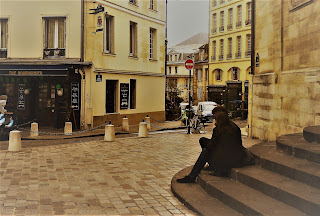 How about you? Favorite movies about writing? Literary trips you've taken or would like to take? Thoughts on Midnight in Paris? Please say you love it :)

Patricia Beal writes contemporary Christian fiction and is represented by Leslie Stobbe of the Leslie H. Stobbe Literary Agency. Her debut novel, A Season to Dance, comes out on May 9, 2017 (Bling! / Lighthouse Publishing of the Carolinas). The pre-order link is up!