DEVOTION: Lest We Forget by Shirley Corder

Jesus said to his disciples: “The Son of Man will be handed over to those who will kill him. Three days later, however, he will rise to life." Mark 9:31 (GNB)

The day after the crucifixion, the religious leaders met with Pilate. They remembered how Jesus had said he would rise from the dead on the third day. Fearful that his followers might steal the body and then claim his resurrection, the chief priests and Pharisees asked the Roman governor for a secure guard at the already closed tomb.

One day, as I reflected on that passage, I paused as I spotted something I had never seen before. The men who were responsible for the cruel and undeserved death of Jesus paid more attention to his words than his own disciples! They called him as a liar, yet they paid attention to his words. They requested a secure guard to watch over the already well-secured tomb. They set a Roman seal in place. They said they didn't believe, but then why did they take such care? They said it was in case the disciples came to steal the body. But then why not just leave one armed soldier? Why seal the tomb?

While the soldiers watched the tomb, where were the disciples? Where were the friends who had walked with Jesus, lived with him, and witnessed so many miracles? We know where they were. They were hiding from the Romans. They went nowhere near the tomb. They were too afraid.
With a strongly armed guard and a Roman seal, it was clear that only a miracle of God could get Jesus out of that tomb. Yet if the disciples had believed his words, they would surely have been hiding close by, watching for that miracle? Instead, they immersed themselves in sorrow and fear, and missed the greatest miracle of all time. Not one of them was there when Jesus rose from the dead.

Do we sometimes allow circumstances to overwhelm us? When times are difficult, do we forget the promises contained in God’s word? When our situation is desperate, do we pray and plead for his intervention—but fail to watch for a miracle?

Lord, forgive me for the times I forget your word. Help me to believe the Scriptures and expect you to do great things in my life. Take away my fear, and replace it with an excitement of watching to see what you're going to do next. 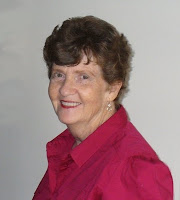 SHIRLEY CORDER lives in South Africa with her husband, a hyperactive budgie called Sparky, and an ever expanding family of tropical fish. She is contributing author to nine books to date and hundreds of her inspirational and life-enrichment articles have been published internationally. Her book, Strength Renewed: Meditations for your Journey through Breast Cancer is due for release in the USA later this year. You can contact Shirley through her writing website, her Rise and Soar cancer site, or follow her on Twitter.
Posted by Shirley Corder

Email ThisBlogThis!Share to TwitterShare to FacebookShare to Pinterest
Labels: devotion, Easter, Lest we Forget, Shirley Corder