GASP! The Season of Contests 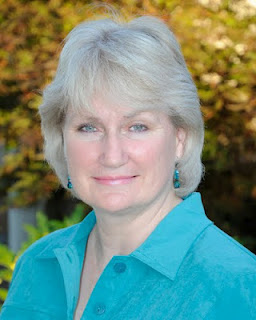 The season of contests is upon us. There is nothing better than being nominated for an award, or even better, winning an award to boost your chances of publication or selling your books.

But what if year after year your submission as an unpublished author doesn’t even make it to the finals? Or your novels never recieve those glowing awards?

Just yesterday a friend said her submission wasn’t ready after she’d worked on it for months. She said she was going to pull out of the contest. This saddened me. I felt she wasn’t giving her submission a chance.

Because in my opinion, contests are not about winning.

I wrote back to my friend and suggested that by keeping her submission in the ring, she would at least receive back a solid critique. Judges in any contest are writers who have put many years into their own writing. Their comments are worth their weight in gold.

A few years ago I entered my debut novel, Shadowed in Silk, in the ACFW Genesis contest. I’d been writing for eight years by this time, and had enough rejections to make a collage to hang on my wall. But I entered the Genesis with the prayer that God would do only what He thought best for my writing career at this point in time.

Because after so many years with nothing to show for it but a tattered manuscript I thought maybe it was time to hang up my skates.

I made it to the finals that year, and then in September, Shadowed in Silk won the Gold. But winning that year was the shot in the arm that I needed to keep on writing. In spite of winning, it was another two years before Shadowed in Silk was published. But I learned something from that contest.

The issue is not about winning or losing.

The issue is that God doles out to each writer what they need at precisely that moment to direct their path or encourage them to keep on going.

Maybe you didn’t make it to the finals-of whatever contest you entered-last year. Maybe you enter the race year after year and suffer disappointment.

But I have found that if I enter a contest with the prayer that the Lord will give to each participant something that he or she needs in their writing career, I am usually blessed in an extraordinary way. I don’t win every contest I enter, but I trust in a God who is loving and fair to each of His children.

Don’t think of just winning. Think of how God can encourage you or refine your writing through the process. Don’t allow fear to stop you from running the race, and take pride in the entering.

And if we're obedient to Him, then whatever we do for Him we will ALL earn a very special Christy that we can lay at His feet one day. 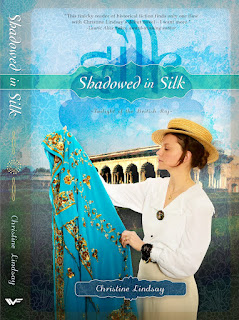 Christine Lindsay’s historical inspirational novel SHADOWED IN SILK won the Gold Genesis in 2009 for Historical, and is the January 2012 pick for ACFW Book Club. The Pacific coast of Canada, about 200 miles north of Seattle, is Christine’s home. Like a lot of writers, her cat is her chief editor.


Drop by Christine's website, www.christinelindsay.com for a visit.
Posted by Christine Lindsay