DEVOTION: Which Jesus? by Kathi Macias

And Jesus answered and said to them:
“Take heed that no one deceives you. For many will come in My name, saying, ‘I am the Christ,’ and will deceive many (Matt. 24:4-5).
It seems that lately I’ve been running into people of various faiths and religions who claim they believe in Jesus. After a few moments of talking with them, however, it’s obvious that they aren’t talking about the same Jesus I know and love and serve.


Though Jesus in Matthew 24 was speaking specifically to the Jewish people, His warning to “take heed” that we not be deceived by Christ impersonators carries over to all cultures and eras, particularly today when “tolerance” of nearly anything and everything has become the most esteemed virtue, and absolute truth a disdained and rejected concept.
Whether a writer or speaker, a pastor or Sunday school teacher, a truck driver or bookkeeper, if we have been born again and know the true Jesus through relationship with His Holy Spirit who lives within us, we are called to the ministry of reconciliation—devoting our lives to proclaiming the Gospel and leading people back into relationship with God, as well as restored relationships with others. But we must beware of seeking unity of earthly relationships at any cost. Human effort and a false Jesus can never accomplish true or lasting unity.

In the name of tolerance we are asked to accept and even celebrate lifestyles, beliefs, and false religions that the Scriptures condemn. Many who promote this dangerous thinking also claim to believe in Jesus. But to what Jesus are they referring? Do they believe He is the one and only Son of God, the one and only way to the Father, the One who died on the cross for all their sins? Or do they believe He was simply a good man or a prophet or maybe even an angel? This is a crucial test, for belief in the wrong Jesus diminishes the work He did on the cross—and puts the onus back on us to somehow earn our own salvation.
As we go about the ministry of reconciliation to which all believers have been called, let’s be careful that even as we offer unconditional love to a lost and dying world, we don’t portray a Jesus who is anything less than who He is—truly God and truly Man, come to earth to die for our sins—all of them—once and for all.
In all that we do or say this day, may we proclaim that great truth with boldness and love. For when it comes to that truth—as ultimately it always does—there can be no compromise, not even for the sake of unity or tolerance. 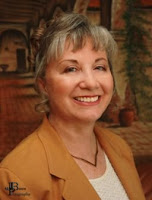